What an exciting and outstanding week in Arizona. Last week I was invited back to my alma mater, the University of Advancing Technology, to participate in several events including their Tech Forum where I gave a talk, an Alumni Panel, a CocosSharp workshop, and I got to help with a 48 hour Game Jam! 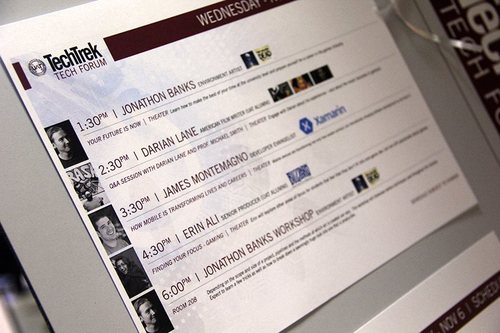 I was part of the 2008 graduating class at UAT and boy has our industry changed since then. I never would have imagined my journey from making console games, then printer software, then mobile apps, and now working as a developer evangelist as Xamarin. I don’t even think that smart phones even existed when I started college in 2005 and now they are the pinnacle of the software industry and transforming our society. This was my main topic that I got to deliver to students at the Tech Forum, which was live streamed to the world. Mobile devices and apps have changed our lives and have had the huge impact to software development as we know it. You no longer need hundreds of developers and multiple years to publish a 50 Million selling piece of software. Just look at Angry Birds that was built by a team of less than 10 people in 8 months and only took 35 days to reach 50 million users. It is crazy how fast our industry is moving. 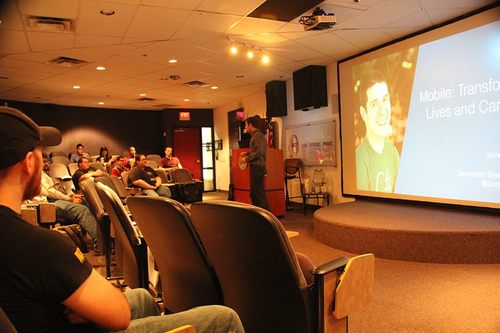 Later in the week I was joined by my good friend and co-worker Mike Bluestein where we got to greet current students at UAT at the Career Fair. It was great to see the professionalism from so many students ready to dive into development and graphic design. Later that night Mike and I gave a full workshop on Xamarin and our brand new 2D gaming engine CocosSharp to several students and instructors. I was excited for the potential of getting back into game development with CocosSharp as it has a beautiful API that anyone can tackle. 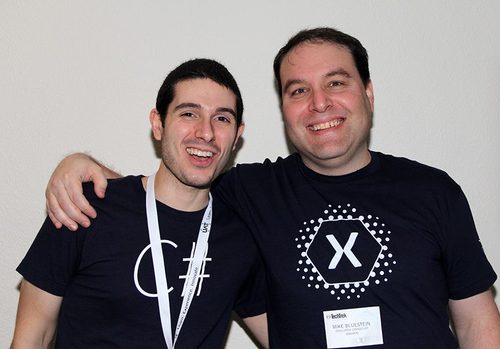 Everything came together for the grand finale of the week of a Xamarin and UAT sponsored 48 Hour Game Jam! 30+ developers, artists, and game designers came together for the weekend to jam on games with the chance to win over $500 in prizes. It was an amazing weekend and there were games built with all different programs, languages, and genres. I took to mobile creating my first game in CocosSharp called Nibbles (now open sourced), a puzzle game to connect ever growing bubbles before they burst. It played nice with the Game Jam’s theme of “Connections”. 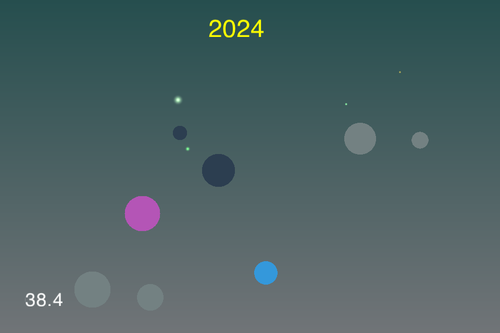 After 48 Hours the games were judged and everyone got to present their games. Here are some of the highlights in photos from the Jam. 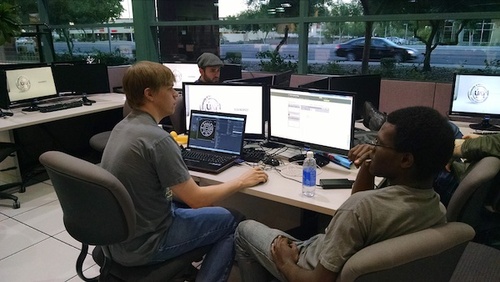 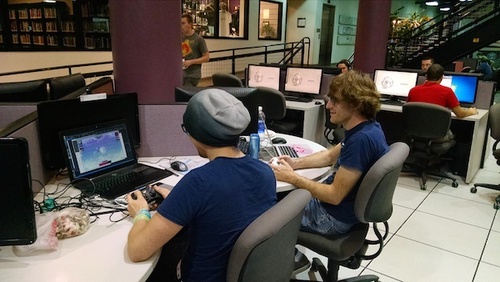 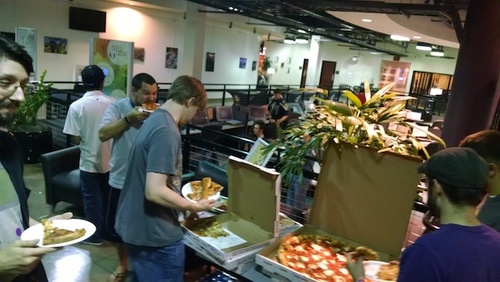 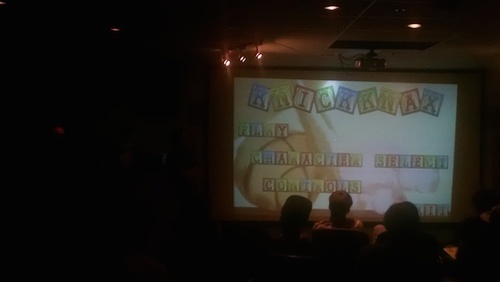 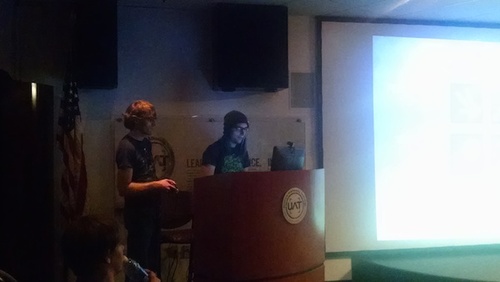 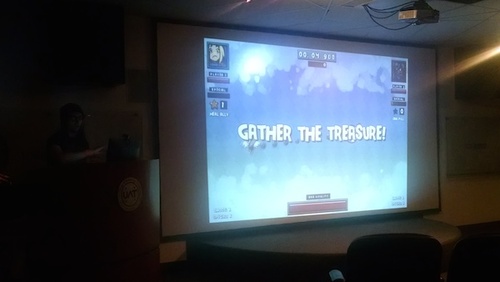 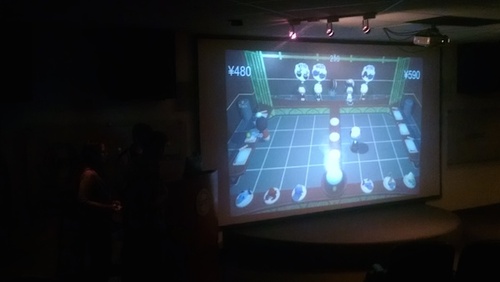 I can’t wait to participate in more events such as this all and I must thank everyone that helped pull together such an amazing week. We recently announced that Xamarin is completely free for Students to build iOS and Android apps in C# and we even have a brand new student ambassador program as well. I am excited to hear from students all over the worlds as they start to build and ship their apps built with Xamarin.