One of my favorite parts of mobile development with Xamarin is that I am not only creating fully native mobile application on iOS and Android, but that I also have 100% API access on those platforms. That means if I want to do something I can do something. However, after four years of mobile development I found myself doing the same things over and over again to access native APIs from shared code. If I wanted to adjust a setting, vibrate the device, or check connectivity I would abstract out an interface and then implent it on each platform. More than likely I would be copying from another application that I had created in the past. My good friend Luke Karrys once said if you ever have to write the same code twice it should be packaged up, and that is how Plugins for Xamarin were born.

A community effort to abstract away common APIs across iOS, Android, and Windows and package them up into small bitesize NuGet packages giving all developers a way to access these native APIs from shared code. In the last years (or so) since we started our original Plugins push nearly 100+ plugins have been created and are out there on NuGet and we have put together a hand currated list to browse through.

On my front I have created and worked on nearly 15 plugins that have gone through a lot of changes over the last year with nearly 100 GitHub issues squashed and plenty of updates along the way. Today, I am happy to announce updates to all of my plugins and some substantial changes that you will find when updating, that I am calling Plugins for Xamarin!

That is right! In the last few weeks I have worked on a few new plugins and also with some amazing developers to update their plugins to align with the Plugins theming:

Each and every plugin has been updated with new features, platforms, and yes some breaking changes, which you can read about a bit later on.

Here is a list of what I personally have created and updated:

All of the new and updated plugins have a lot of awesome updates that aim to shorten development time for creating mobile apps. Here are a few enhancements that you will find.

Last week I blogged about my new Permissions Plugin, which I beleive is one of my finest pieces of work when it comes to plugins, that solves the problem of checking and request runtime permissons from shared code (all asynce). This plugin was actually created so I could integrate it deeply into all of my other plugins. So now, if any plugin requires an Android runtime permission it will handle automatically requesting it for you, or you can using the Permission plugin to prompt when necessary. This incldes Contacts, Geoloator, and Media are all updated and ready to go.

Windows 10 hasn’t been out long and Windows 10 Mobile is finally hitting some devices, but demand for plugin support has been high especially with the release of Xamarin.Forms 2.0 and its UWP preview. I am happy to announce that each and every one of my plugins that I have listed have been update with full Windows 10 UWP support in addition to Windows 8.1 RT support! 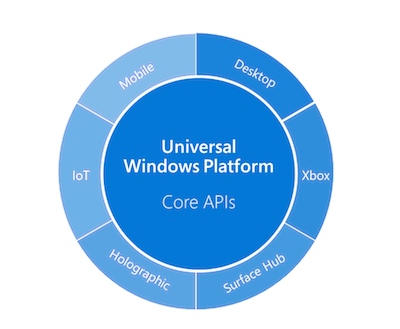 You will notice that all of the udpated plugins are officially 2.0.0! Yes that means there was a major number bump and that is because in the last year I have learned a lot about how developers are using the plugins and how they should have been structured from the beginning.

This might have been the biggest mistakes when I setup the Plugins Templates was that I had the idea that Plugins could be used specifically only with Xamarin.Forms and not with traditional iOS, Android, and Windows apps. This is fine for controls or a specific framework that needs to deeply integrate with Xamarin.Forms, but not for Plugins. Plugins should simply NEVER require Xamarin.Forms. There are easy ways to access the Application Conetxt, ViewControllers, and I even released an amazing Current Activity plugin to get the current Activity in Android!

I have worked already with a few developers to update their plugins to remove the Xamarin.Forms restrictions and open them up to everyone. While it is a breaking change, it is for the best and I encourage everyone to follow suite if you have created a plugin or ping me and I will help out :)

I was so close to perfection when I setup the templates for plugins that you could bring in a plugin and then type out “CrossFEATURE_NAME” to get access to it. However, there was one missign piece, which was that the namespaces for each plugin were completely different. I originally thought that this was a good idea, however talking with Mike James he said wouldn’t it be nice to type in “using Plugin.” and see all the plugins come up. He is right! So I made this change to each and every plugin I had access to :) This means that yes, I have broke all the plugins, but I promise never to do it again, and it is an simple change. I have also update the templates to reflect this.

This is a very small one, but in general I used to have a readme file with each plugin (still do for some) that told you which permissions you need to set for the different platforms. Little did I know that if a permission is required I should just set it and I can do so from the plugin itself. This means any plugin that requires an Android permission will automatically add itself to your Android Manifest :)

So go forth and update the plugins now that you areaware of the changes as they have all been pushed to NuGet. Or start using some plugins and browse all of Plugins for Xamarin and Windows. In addition, I worked with the Xamarin University team to open up my Guest Lecture on plugins to be FREE for everyone!

If you are a library creator I urge you to take a look at all of the changes I have made to my plugins and make similar updates to really enhance the entire Xamarin development ecosystem. I have updated the Plugins for Xamarin templates with a lot of these changes already and would love to start highlighting even more amazing plugins, so please email or tweet at me about the plugins you have created.