I have always been a video game nerd, so much so that I went to school to go and create games for a living. I worked at a studio, helped develop a game called Shred Nebula for Xbox 360, and then left the industry forever. While I may not be creating games anymore, my passion is not gone and there is a time each year that I geek out.

It is that time of the year when all the big game publishers and console creators go BIG and announce everything, and that event is E3 and that time of year was this week. E3 is a multi-day event based out of Los Angeles that has been going for a long time and has gone through multiple iterations. I went to E3 many moons ago when the Wii was first playable, and it was awesome.

Since E3 has always been more of a press event I now tend to go to PAX since it is local here in Seattle. While I may not attend anymore, I still have a tradition of live tweeting the big 3 (Microsoft, Sony, and Nintendo) press conference with one of my best friends in the world Michael Rivette. This year is no different and it was a very interesting year as a few press conferences started on the weekend, which was strange, but we locked in and started live tweeting. I have never blogged really about my feelings and findings of E3, but I am on a plane to Oslo currently (for NDC Oslo, not to stalk Magnus (listen to my podcast, Coffeehouse Blunder, for more on that)) and thought why not. 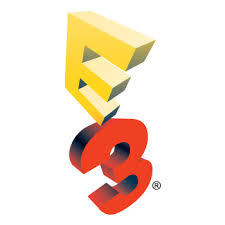 Be aware that while I do work at Microsoft all my thoughts and writings are my own and I had no idea what we were announcing this year (or any year as I don’t work in this division). Before I get into the details of what was announced I must say this was the weirdest stage I have ever seen. There were cubes, neon lights, boxes people stood on, I was puzzled the entire time on this. Anyways, back to the good stuff.

Microsoft had teased the Scorpio, the next generation of the Xbox One, for some time now. It was going to be the most powerful system ever created and super optimized for 4K games and movies. Finally, the ~12 Teraflop machine was fully revealed at the very start and that was great to see. This machine is a beast and the smallest most compact ever Xbox ever created. This is great because I own the Xbox One S, and I love the slim size of it in my entertainment credenza.

The Scorpio is actually the processor, and the name of the system is the Xbox One X… which is a very strange name to pick seeing as there is a Xbox One and an Xbox One S already… what is next after this, the Xbox One XS? This is so confusing if you are a parent walking into the store this fall. Did they not learn from Nintendo and the WiiU or even the 2DS? Name aside it is a nice package and is releasing this fall for $500 (which is pricey in the terms of consoles seeing the S is $250, the PS4 Pro is $400 and the Switch is $300). I think the price is justifiable, but for me I don’t have a 4K TV just yet and probably will wait. If you do though then a bunch of games will be auto enhanced and some super enhanced for new launches. The best part though is that all games work everywhere, which will be very nice. 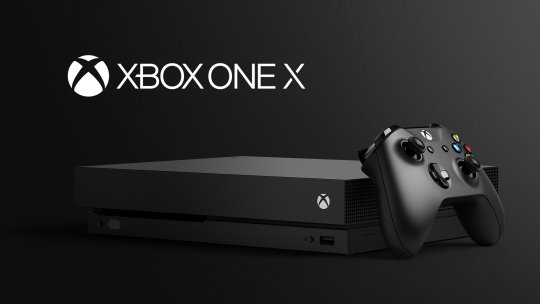 Talking about backwards compatibility, the Xbox One is the only console truly to offer this and they went one step further to now support the Xbox Original?!?! This is crazy and amazing, and I will probably not use it at all, but still nice. I am not sure if anyone will really use backwards compat seeing as current research says it accounts for 1.5% of total usage on the Xbox One, but it is a huge selling point and win. 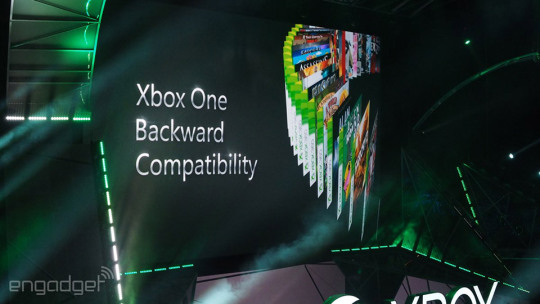 After the new console, it was on to the games and of course it was all about Forza and for some reason they spent like 10 minutes on being way too excited that they are announcing a car on stage at a video game event. This was the worst for me and others I talked to as no one really cared but maybe if you were a car fan you did so who knows… again puzzled.

The rest of things were a mix of trailers back to back and a little bit of narration here and there. There were some nice surprises thrown in such as the unification of Minecraft which is a huge win now that you can run realms from your console. Everything else was focused on exclusives for the system including: The Last Night, Battlegrounds, State of Decay 2, and others including a nice Indie montage.

Overall I was impressed and give Microsoft a solid B+ score here. I will bump it up maybe even to an A- as the next day they announced a remastered Age of Empires at the Intel event which was amazing!

Sony… Wait what just happened, it is over?

This had to be the strangest live stream and press conference event I have ever witnessed. Sony technically called it a game experience, but it was soooooo strange. Of the 75ish minutes in a beautiful theater packed full of people we only saw 1 person for just 5 minutes’ total. The rest of it was just a super crazy long trailer reel that hopped between PS4 games and PSVR games (there were a lot including Final Fantasy Fishing). 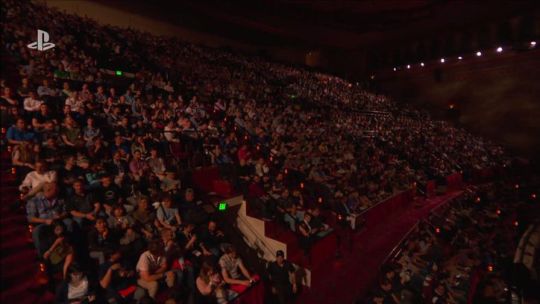 They had some absolute great games to announce including a new God of War (stole the show), Uncharted, Shadows of the Colossus, and Monster Hunter to name a few. This was basically it though as Sony really focused on quantity of games overall and I’m not sure if it worked as to me the overall montage of games was a bit forgettable. At the very end there was a one more thing moment as Sony revealed a brand new Spider-man video game, which looked really great to be honest with you. Then it ended… no hardware news, no handheld news, not a single Vita game, no thanks, just over. It even surprised the audience as people were puzzled and not sure if they were supposed to leave or what. The Twitch announcer wasn’t even ready to go back on the air and stood around trying to scramble to say something. 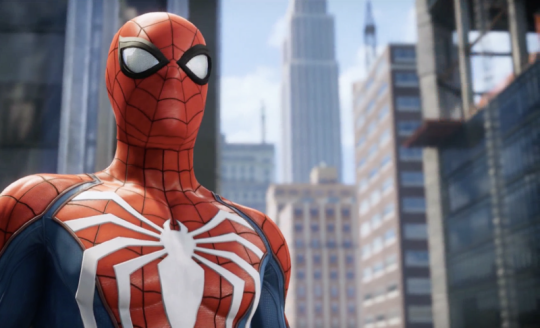 All in all there were some cool games, but it felt all very unnecessary. I want to hear the vision of the products and where things are heading over the next year. This is a huge opportunity, and I think Sony stumbled here. They did appease with some good games, but to me this wasn’t really a press conference at all, it was more of a Nintendo Direct style that they could have just streamed to set expectations. Overall I must give Sony a C+.

If you know me then you know that I am a Nintendo fanboy. I just am and can’t help myself (a Switch is packed and ready for me to play on this plane as soon as I finish writing this up), but last year and the year before I was a little let down by Nintendo’s E3 showcase (Michael nailed why… they didn’t have much to show). Nintendo does things different than everyone else as they focus on a pre-recorded Nintendo Direct that lasts around 30 minutes and then is followed by Treehouse live stream showcasing gameplay of all the games. I really like this format, and this year was no different as Nintendo COMPLETELY CRUSHED IT! 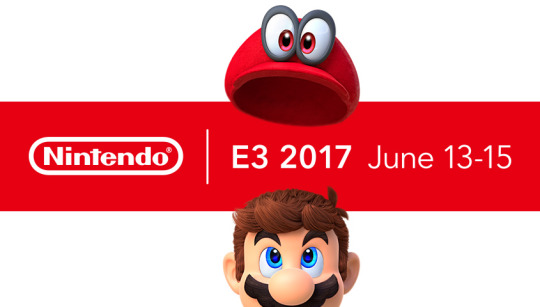 There was a great sizzle reel to start off the Direct and it was clear that this was going to be Switch focused, and in fact it was solely Switch. Reggie came out and gave some vision to start and finish and other game developers and designers gave some solid flow throughout which I appreciate (something Sony did not do) and the 30 minutes were packed full of game announcements, game updates, and the most amazing 30 seconds of a logo that stole the whole show. Let’s start at the beginning which focused more on adventure and RPGs with Xenoblade Chronicles 2 and its epic scale. I am not a huge Xeno fan, but glad Nintendo has it. Then it was a rush of big Nintendo properties being announced including a new Yoshi and Kirby game, which was cool. 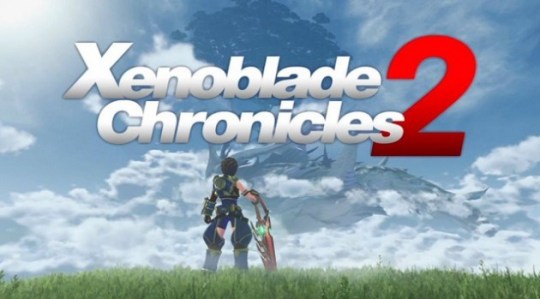 It was great to see some updates on the Zelda DLC that I am really excited about now and is making me rush to finish the game. There was some third-party love with Rocket League being announced and showcased with cross-play support, which was cool. Then there was the stand out moment where super iconic music played and a number 4 stood there and slowly Metroid Prime 4 was revealed. THAT WAS CRAZY and AMAZING. I think just because no one thought Nintendo was going to do it as we haven’t seen a Metroid in so long.

If that wasn’t enough they even announced that a real Pokémon game is coming to the Switch. While many titles are off in the future, there was some real focus on this year including Mario+Rabbids in August(which I pre-ordered immediately), a new Fire Emblem Warriors, and Mario Odyssey (which had an awesome trailer at the end) at the end of the year, and so much more. I was really blown away by the goodness announced here.

While the main keynote ended, there was still questions about 3DS and what is next for it, the eShop on the Switch, and just what is going on with voice chat? I usually don’t stick around for the Treehouse live stream, but I said why not seeing they were going to show off Mario. I watched the stream in the background and was so happy I did because there was even more HUGE news for Nintendo fans including Reggie announcing a brand-new Metroid game for the 3DS followed by 30 minutes of gameplay with the developers! IT WAS BANANAS! It wasn’t over though as we got deep dives on Rabbids, Arms, and one more 3DS reveal with a remake of one of my favorite’s Mario & Luigi Super Star Saga.

What can I say I left the “day” of Nintendo really impressed and wanting to tune in more as E3 continued. Nintendo seems to have learned a lot over the last year and really had tons to show off in a nice compact way. Blown away overall with Nintendo this year and they deserve a solid A!

This is just the big three that I covered in this blog, but there was some other great press conferences such as Ubisoft, and a few not so good ones such as Bethesda. This year’s E3 really has me jazzed up and excited for the year of video games ahead.