Getting Started With & Learning C#

In 2006, after years of writing C++ and Java code, while attending UAT an instructor named Phil Miller introduced me to this amazing language called C# and changed my life. It was love at first “Hello World” and I have never looked back. C# is an extremely powerful, mature, and extremely cross-platform programming language that I have been using for decades. The beauty of C# of course is that you get this amazing cross-platform framework called .NET, which gives developers ability to perform RESTful service calls, perform math operations, and just about anything else you can possibly think of. With all my C# love I often forget how I learned it all and when I attempt to walk through the basics with new developers I struggle a bit. After talking with a bunch of developers over the last few months I have a 4 step plan when you want to learn C#. I am often extremely interested in how you learned C# and your recommendations, so leave them in the comments.

Learn & Write Some Code in the Browser

That is right! You would think that you would need a full IDE to even start learning and writing C#, but you would be wrong. There is a lovely and amazing website that Microsoft recently published called www.dot.net. Inside of that website is an overview of what .NET is and the languages you can use, but also an amazing learn section, where you can learn about C#, structures, functions, and TONS more…. ALL IN THE BROWSER! There is an interactive IDE/REPL thingy that will take your code and compile it in the cloud (The Azure Cloud). 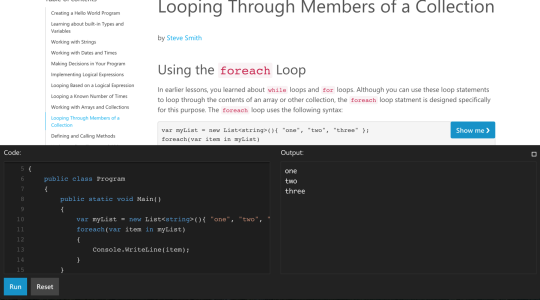 Here is the direct link: https://www.microsoft.com/net/tutorials/csharp/getting-started

You have to write some code somewhere at some point and you have a lot of great options here.

By far this is the most light weight, cross-platform, and easy to install IDE out there. Simply head to code.visualstudio.com and select Code. It works on PC, macOS, and even Linux. When you want to start writing some C# code you will also need the C# extension… the #1 extension. Simply tap on the extension section on the left and search for C#. Done! 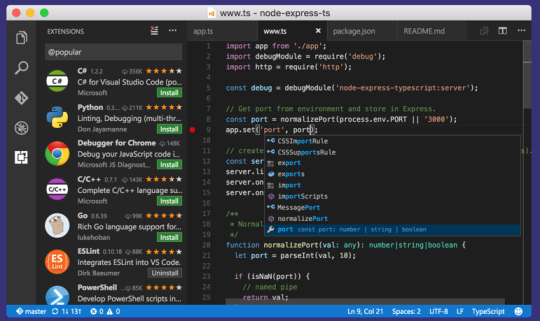 We are now in the full IDE world with Visual Studio, the best IDE ever created, and it is completely free! Community Edition is fully featured and allows you to make apps for a plethora of different platforms including mobile platforms such as iOS and Android in C# with Xamarin! 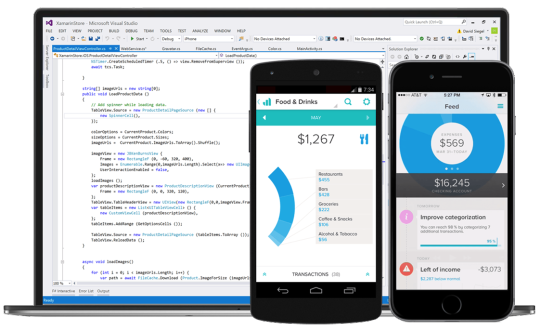 VS is a bigger install so give it some time, but you can select a console app, WPF, UWP, or Xamarin app and you are off to the races. Get it from http://www.visualstudio.com 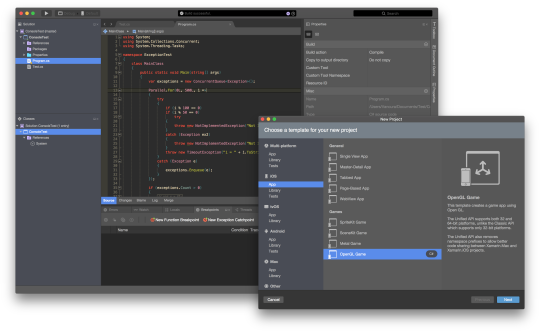 On the Go with Continuous for iPad

My good friend Frank Krueger is an absolute genius and created his own fully featured C# IDE for the iPad called Continuous. It is the only paid IDE coming in at $9.99, but it is amazing and you can even write full iOS apps in C# with Xamarin with it. 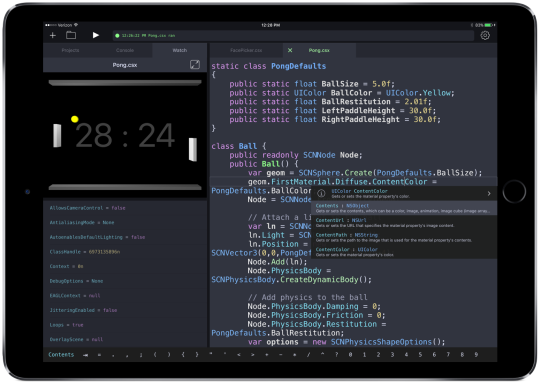 Check out more at http://continuous.codes

One of the biggest recommendations that I have heard is the now extremely famous and completely free C# class by Bob Tabor. This free class on Microsoft Virtual Academy has literally changed my friends careers by teaching them C#. Bob is extremely well known and has great classes on a bunch of awesome languages, but his C# is top rated, so check them out right now on Microsoft Virtual Academy.

Once you have C# basics down it is time to go pick a platform to start tackling. Write a simple application for web, mobile, or desktop that does one or two things on a single page. With the C# basics down you are able to go off and learn some platform specifics. Here is a good place to start:

C# is my favorite programming language in the entire world and I hope that it soon becomes your favorite too.