There have been a lot of exciting announcements recently from Xamarin for developers. First, is that Xamarin Indie now has a monthly subscription option for just $25 a month! Then there was the release of Xamarin Studio 5.2, which brought awesome new features such as side-by-side editing and awesome new NuGet updates. I have been a Visual Studio user for probably over 10 years and I have been using Xamarin Studio for nearly 3 years now. I have to say I find myself more and more developing on my Mac inside of Xamarin Studio. It is finely tuned for mobile development and has some amazing features packed into it, so I thought I would point out my top 3! 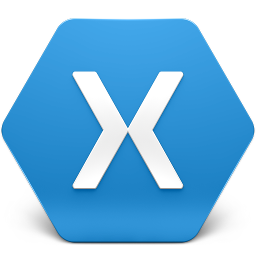 I have been spoiled for years with ReSharper on Visual Studio, however Xamarin Studio actually ships with Source Code Analysis right out of the box. With the launch of Xamarin 3 this feature has been enabled by default, but I have been using it for some time and it makes daily development so much better. Simply look on the side of your code file for an overview of all the enhancements and optimizations you can make to your code. 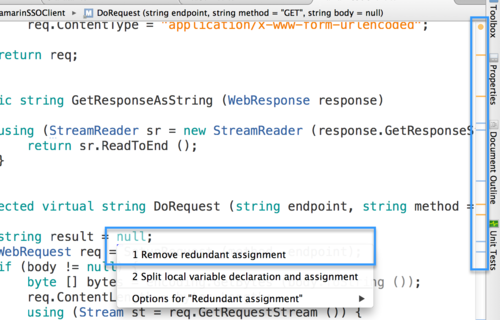 Distributing beta builds of my apps to my testers is always tricky. On Google Play you can have a beta/alpha channel and upload your APK and on Windows there is a beta option, but you have to leave the IDE. With TestFlight integration into Xamarin Studio you can easily upload your iOS applications with 1 click! 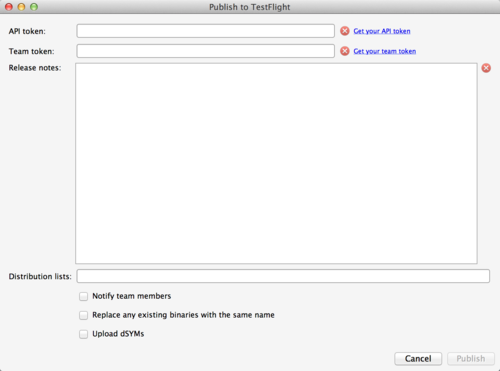 I am often working on multiple apps at the same time and Workspaces make it extremely easy to work on everything all at once. With this feature you don’t need multiple instances of Xamarin Studio open to work on multiple libraries or apps. Simply create a workspace and add as many solutions or projects as you would like.

These are just 3 features I chose to highlight, but there is so much more include all of the unit test features, app archiving, universal search, version control, and about a thousand other awesome features. I would love to see what features of Xamarin Studio you love the most.
Xamarin Xamarin Studio Xamarin.Android Xamarin.Ios
Xamarin
Permalink: https://montemagno.com/my-favorite-xamarin-studio-features/