Today is the day for Android N, iOS 10, and new awesome release for both Xamarin Studio and Visual Studio with the latest release of Xamarin. All of this great support is now available in the stable channel and you may have already been prompted to update, but wait just one minute! This release has huge updates for iOS and Android that will require you to update Xcode, JDK, Android Tools, and a bunch more. The team at Xamarin has done an amazing job of documenting all of the requirement that you will need, so check it out here for iOS and Android, but here is my visual guide:

Which one? Great question. We will want to install Java SE Development Kit 8u112 and you will want to install either Windows x86 or Windows x64. I thought about going with x86 because I have the current JDK 1.7 x86 installed, but that is a mistake as thew awesome design for Android requires JDK 1.8 x64.. SO INSTALL x64!! Of course if you don’t have an x64 machine then you will have to live without being able to render custom controls and install x86. 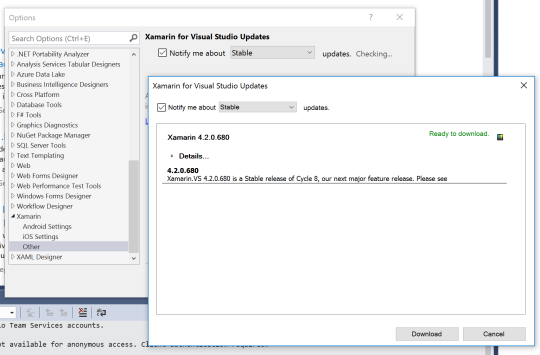 This is a bit tricky, but in Visual Studio open Tools->Android->Android SDK Manager. First thing is to tap “Deselect All” so you don’t install everything.

We will want to install the following: 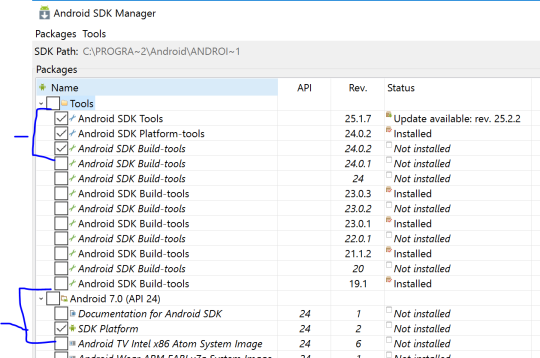 4.) Ensure Android Settings are pointing to JDK 1.8 under Tools -> Options -> Xamarin -> Android Settings. (mine was still 1.7 since I had it installed, so pick you 1.8 folder). Then close VS and re-open it. 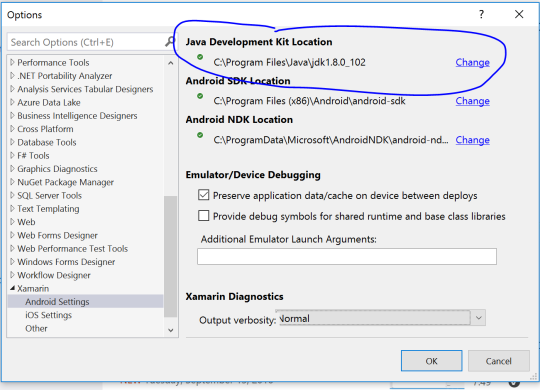 5.) Validate things build! Try to create a new Android Blank App. Then right click and go to properties and Set the Compile and Target to Android 7.0 API 24: 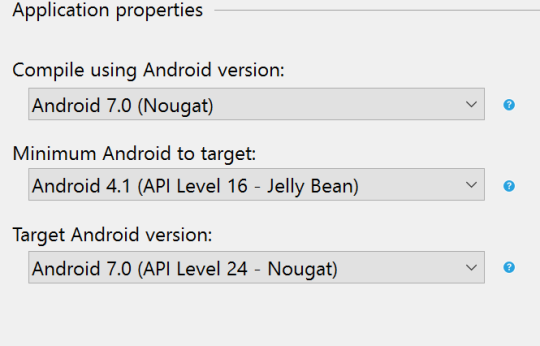 Build should succeed and you should be good to go! Open other Android projects and give it a try.

Essentially for macOS we need to do the exact same stuff, but for macOS. 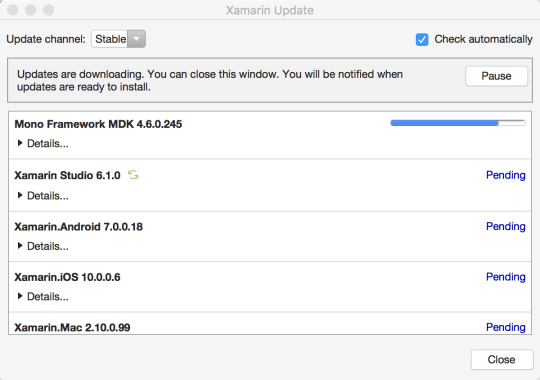 4.) Validate JDK directory is set correct under: Xamarin Studio -> Preferences -> SDK Locations -> Android -> Java SDK which should point to /usr, which is confusing because it is somewhere in there and could be simlink and confusing.. this article is good, but you can open the terminal and enter:

Now at this point you may get the correct jdk path  or if it is pointing at 1.7 then you need to create a new sim link. Most likely though you will get a weird directory for /System/Library, which means it is looking at the JAVA_HOME environment variable… so now type:

Hopefully, this outputs 1.8.0_112 like mine did, else you need to update that variable.

5.) Validate things build! Try to create a new Android Blank App. Then right click and go to options and Set the Compile and Target to Android 7.0 API 24 under both General and Android Application

Now we are good to go on Android N Development on both Mac and PC, which is pretty great, so on to iOS 10!

So this pretty simple for PC as all you need to do is install the latest updates for Xamarin for Visual Studio… easy peasy, now onto macOS, which you will need a mac running OSX 10.11.5 (El Capitan) or newer.

1.) Open the Mac App Store and install the Xcode 8.0 update. This is assume you already have 7.X installed, else search on the App Store for Xcode and go ahead and install.

This takes some serious time as it is a huge install (4.43GB) and you can always check on the progress by launching the Launchpad app.

1.1) After install launch Xcode at least once so everything registers.

2.) Update Xamarin Studio and Xamarin.iOS(you will probably get more updates too) under Xamarin Studio -> Check for Updates -> Stable. If you already updated for Android, then you are good to go.

To be honest, you are kind of good to go on iOS.

There are amazing docs on Introduction to iOS 10 and Introduction to Android N as there are several changes as to how things work including UITest and iOS 10. So read up!