It is unfortunate that we don’t live in a world where we can use an iOS, Android, and Windows Phone emulators/simulators at the same time. Nested virtualization really messes things up and even if that worked the arm emulators for Android are a nightmare. Even on the PC side where I can use the wonderful x86 emulator (read my blog post on setup) for Android, you have to turn off hyper-v to get things to work, and of course there is no iOS simulator over there. So what is one to do? I have to use real devices and rely on screen mirroring to pull them simultaneous views of all of our devices for that WOW effect. Here are my recommended tools to get you going: 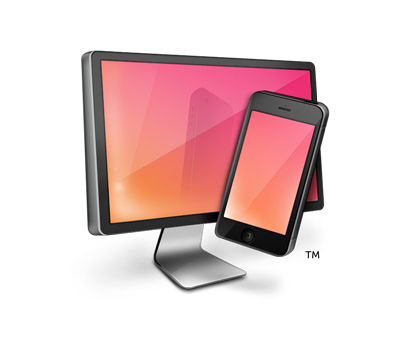 On the iOS side of things it is really simple as my hat goes off to AirSquirrels for their amazing app called Reflector. Using the power of AirPlay built into every iOS device you are easily able to stream your screen over WiFi to your PC or Mac. They didn’t stop there though as you can also do full screen recordings of your device and pick what device frame you want to use as well. The only downside is that you will need to fork over $13 for their software… twice if you want it on PC and Mac, but it is well worth it. The best part is nothing needs to be installed on your phone at all.

Update!
Are you on OS X Yosemite? Well now if you plug in your iOS device via USB and then open up Quicktime you now have an option to screen mirror to your Mac. You just need to select File-> New Movie Recording. Then you will see a small arrow drop down to select iOS as the screen to display:

iOS Mirroring Alternatives
Reflector isn’t the only one out there as other have tapped into the AirPlay screen mirroring including AirServer and X-Mirage.

Warnings
Since all of these apps are based on AirPlay you will need to ensure the WiFi network allows AirPlay. This sometimes is an issue on public WiFi networks so I often have my own hotspot for this. Additionally, I have not gotten it to work inside of a PC VM on the mac, so I mirror directly to the Mac and that works great.

I have to say there is a new Android screen mirroring app in town called Vysor. It works a bit different than Mobizen and is a Chrome extension for Mac, PC, or Linux! It works over ADB & USB and is pretty flawless. It isn’t as fast as mobizen, however there are no real permissions or logging in required for Vysor. It is also created by Koush, so that is a huge benefit on top of the fact that they introduce device sharing… which is a bit crazy, but you don’t have to use that. Simply plug in your phone and you are done! Vysor is the new champ!

Android Mirroring Alternatives
Mobizen offers a nice 1 to 1 mirroring, which is why I love it. However, it is only available on PC currently. So if you need to mirror on your Mac you will need a different option. Droid@Screen actually works pretty good. It is based on screen shots and usually runs at a low frame rate, but it gets the job done. In addition to that Google announced that you will be able to mirror your Android device to your Chromecast, but that does us little good if we want it on our Mac/PC.

Warnings
Mobizen requires about every permission under the sun so be aware of that. I haven’t had any real issues with that though as I run it on my developer devices. All apps are running things via ADB from my best knowledge so that might be a bit tricky and sometimes I reboot VS to get things going, but that isn’t too bad.

With Windows Phone 8.1 it couldn’t be easier to screen mirror to your Windows PC as it is built right into the phone! All you need to do is install the “Project My Screen” app on your PC and you are good to go. As soon as you launch the app your Phone which is plugged in via USB will prompt you to mirror the screen.

There you have it screen mirroring for iOS, Android, and Windows Phone. Here is a demo: