Just yesterday we made the Evolve 2016 conference app completely open source on GitHub, and feedback has been fantastic with 57 stars, 26 forks, and tons of buzz on Twitter. While you are probably already digging through the code I wanted to take a moment to reflect on the development of the mobile application and some fun statistics of the application when it finally went live.

The Xamarin Evolve conference application is packed full of everything you need for a mobile conference including:

From the start it was clear that Xamarin.Forms was perfect for the app being able to present loads of data while still integrating with native features. Each platform was spiced up with platform specific colors, styles, paddings, and navigation, which was all crafted in shared code. This lead to a beautifully crafted application (sketched & designed by the amazing Antonio from the Xamarin design team) that I implemented on all platforms that looked and felt native… because it is native!

What you may not have known is that the entire application was built by just two people. Pierce Boggan, our amazing engineer on the evangeist team, wrote the backend, and I buit the entire front end! What is really awesome is that it only took us about 5 week total to build it out.

We chose Azure App Service’s Mobile Apps as our backend service. Being familure with C# and .NET enable Pierce and I were able to get a backend for the app up and running in under a day. More importantly this enabled us to implement a custom authentication so attendees could log in with their Xamarin account, online/offline data syncronization, push notifications with Azure Notification Hub, and a flurry of other awesome features. The entire backend source code can be found on that Github link.

What really impressed us was how fast and resilent the backed was (not to mention a superb value as we were blown away at how low the total cost was.). The mobile app has only been out for 2 weeks and it has handled the traffic spectacularly. I was surprised how chatty I made the backend becasue in those 2 weeks there were nearly 1 MILLION requests processed! 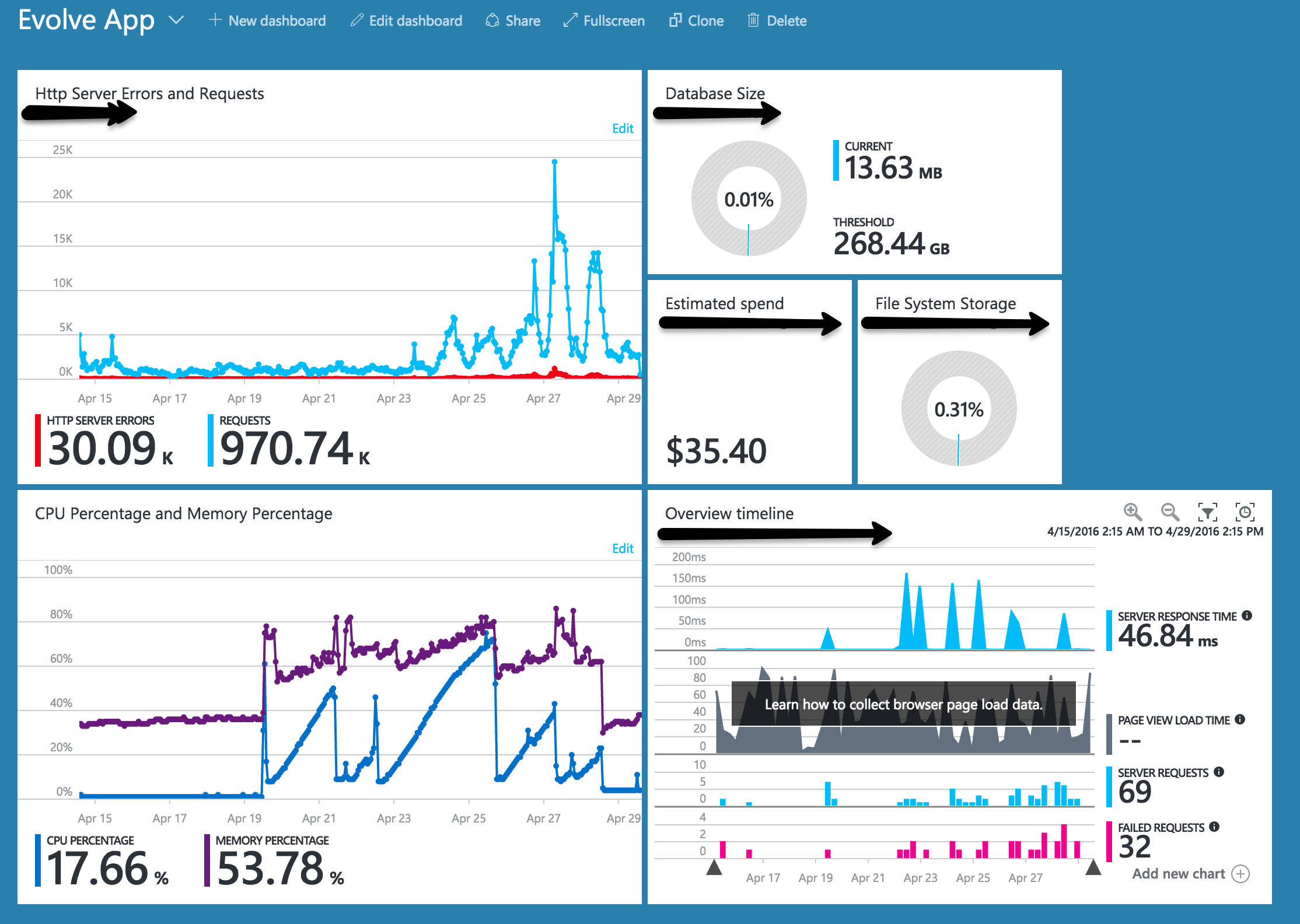 What I love about this graph is the peaks and valleys of network traffic and the workload of the server, which all had auto scale turned on. As we can see 1 MILLION network calls and ALL of the rest of the services including push notifications, SQL Server, and more only cost a little over $30!

Everyone loves sharing code across platforms and all of libraries we included helped drive the app sharing anywhere from 90% all the way up to 99% of code on Windows Mobile and Desktop! We came up with a pretty great architecture of abstracting our business logic from our presentation layer, but also abstracted all of our code data models that were shared across our mobile apps and our Azure backend.

The conference could not have been completed with out Xamarin Components and Plugins, many of which are now open source. We immediatelly installed tons of awesome plugins, but also integrated some great .NET libraries such as Humanizr and NodaTime.

I can’t take credit for this one as our amazing automotion expert Ethan Dennis wrote an amazing suite of Test Cloud tests to enusre the app was regression free throughout development.

For me, 2016 is the year of CI and CD. I ahve been talking about it for a while now during sessions, live coding, and I am sure to have told you if you saw me at Evovle. I LOVE CI and CD! I can’t help myself. The tools are just so good now.

With EVERY single push of code to GitHub the Evolve conference app was automatically compiled, packaged, shipped to Test Cloud, and then deployed to HockeyApp. This enabled me to deliver the application for testing to 350+ Xamarins within 20 minutes of pushing code. What is really cool is that I even setup feature branches that had special builds for test cloud testing, and regression runs each night.

This was done for Windows with Visual Studio Team Services, and then I leveraged one of my favorite services Bitrise for all of my iOS and Android builds: 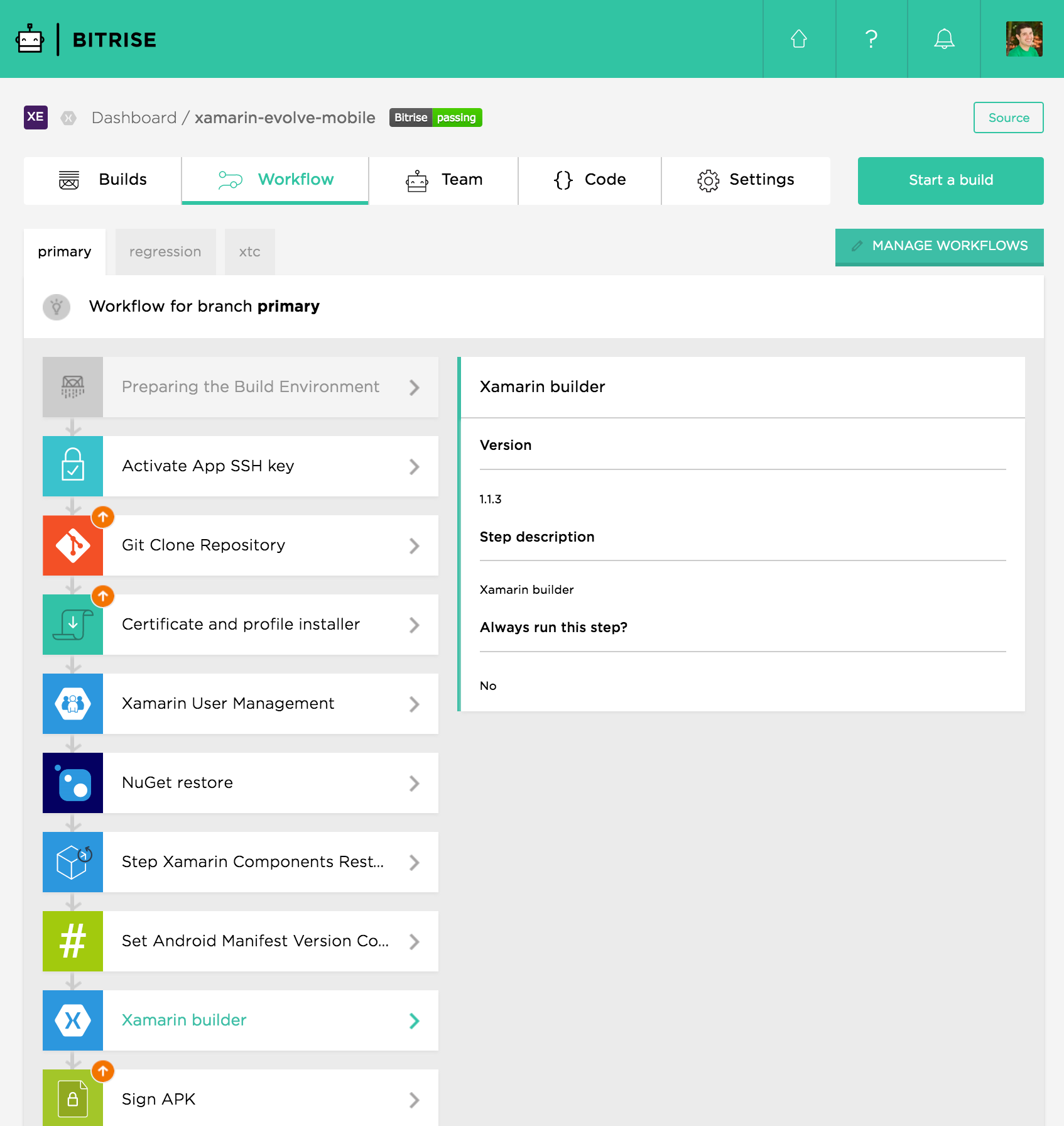 Development is fun, but once the app is out someone is sure to ask you to analyze numbers and data from the mobile applications. This is where Power BI, a technology I knew nothing about, comes in and enabled me to analyze favorite sessions and feedback within a few minutes. I wrote a few SQL views and pointed Power BI and my Azure SQL database and BOOM done! Charts and graphs that every manager is sure to love. Checking out the numbers we had over 11,570 sessions favorited inside of the application. 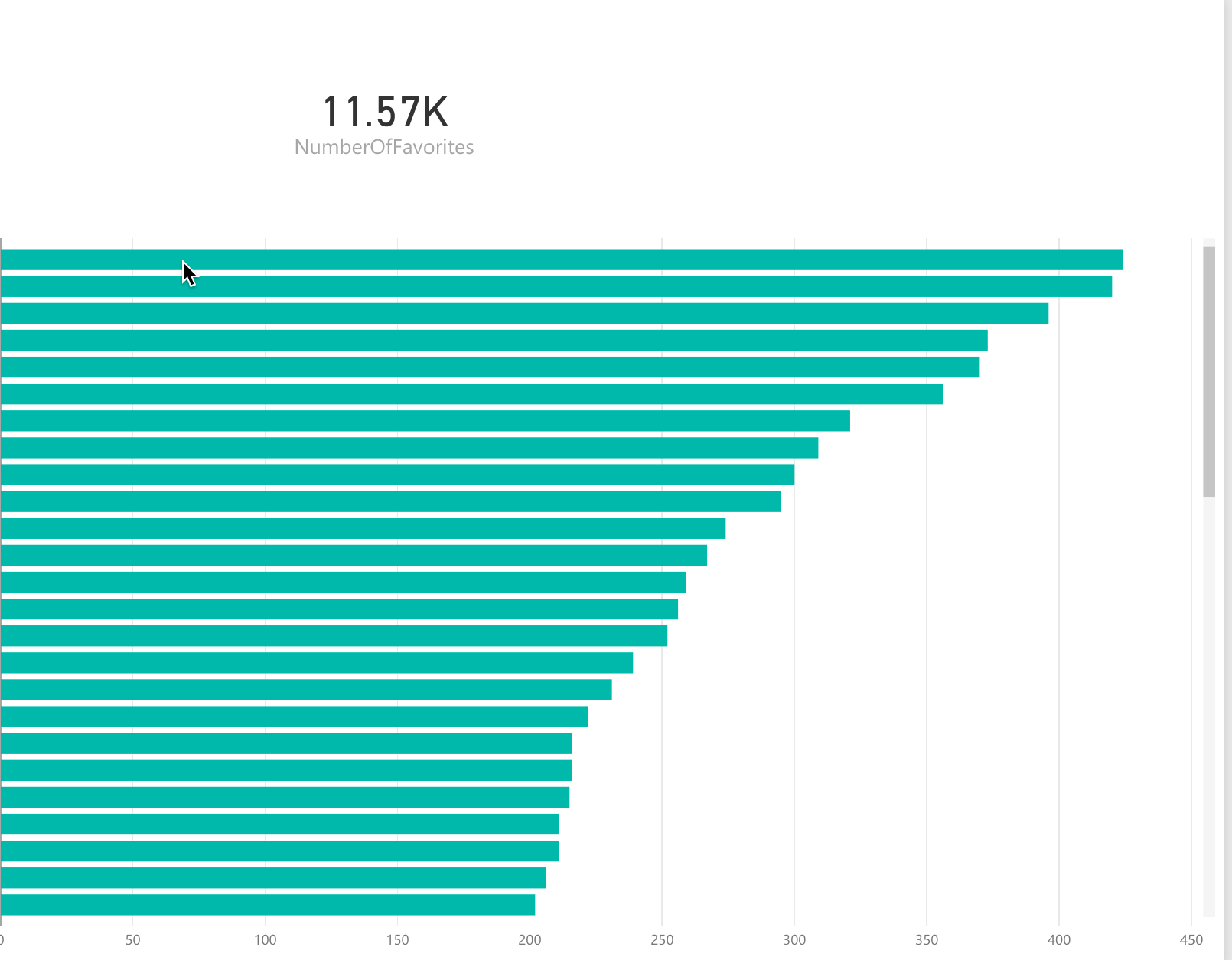 I then took it a step further and analyzed in real time all of the session feedback from attendees, which I thought was pretty awesome.

Before posting this I was asked on Twitter what I would change in the app if I could go back in time. This is a great question and I spent some time thinking about what went right with the app and what could be improved and here is my short list:

With Evolve 2016 now coming to a close you can get your hands on the source code, but also leave feedback and create issues on the GitHub page. I can’t wait to see what you build with this awesome open source app!