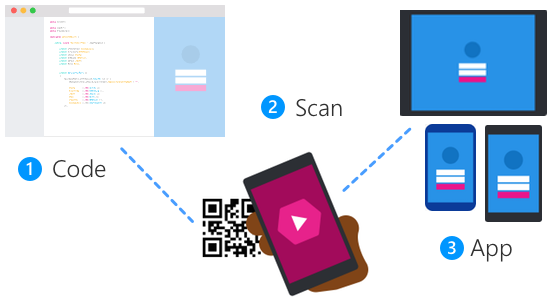 Whenever there is a stable release a new preview release of Visual Studio is not far behind. That is right, VS 2017 version 15.5 preview is available right now! It runs side-by-side your existing VS 2017 install and has tons of awesome new features that Pierce blogged about last week. I wanted to take a quick minute to point out some of this new awesome.

Finally, it happened! You can now right click on any XAML or C# file and live run it! Additionally, you can use the keyboard shortcut: Shift+ALT+F5.

A new feature in 15.5 enables the Live Run mode to instantly swap between any XAML or C# file that you have open. No need to ever stop and start the Live Run mode, simply change the focused file:

To help better find the Live Run feature there is now a small banner when opening a Xamarin.Forms XAML page. Simply click on Live Run to instantly see it on your device:

A lot of work has gone into giving proper feedback when things are deploying or errors that may occure with the Live Player.

If your code has errors then it will not be deployed, but will instead show up in the Error console as you would expect. How cool, it wasn't actually even compiled... because nothing is compiled, yet the errors are shown.

In 15.4 the Live Player will output it's deploy information to the output window as to what files were being synchronized. Now in 15.5 the state of connection, transfer, and running are shown in the Visual Studio status bar: 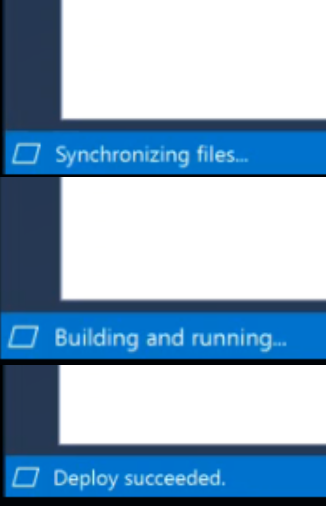 There are tons of nice little teaks and opitmizations to the Xamarin Live Player that I know you are going to love. Go download the latest version of Visual Studio and be sure to get the "Fast Ring" version of the app for the latest and greatest in app features.

Writing about new featuers is fun, but actually seeing them in action is better. So, I made a short video highlighting how to get started in Visual Studio 2017 version 15.4 and some of the new features in 15.5: